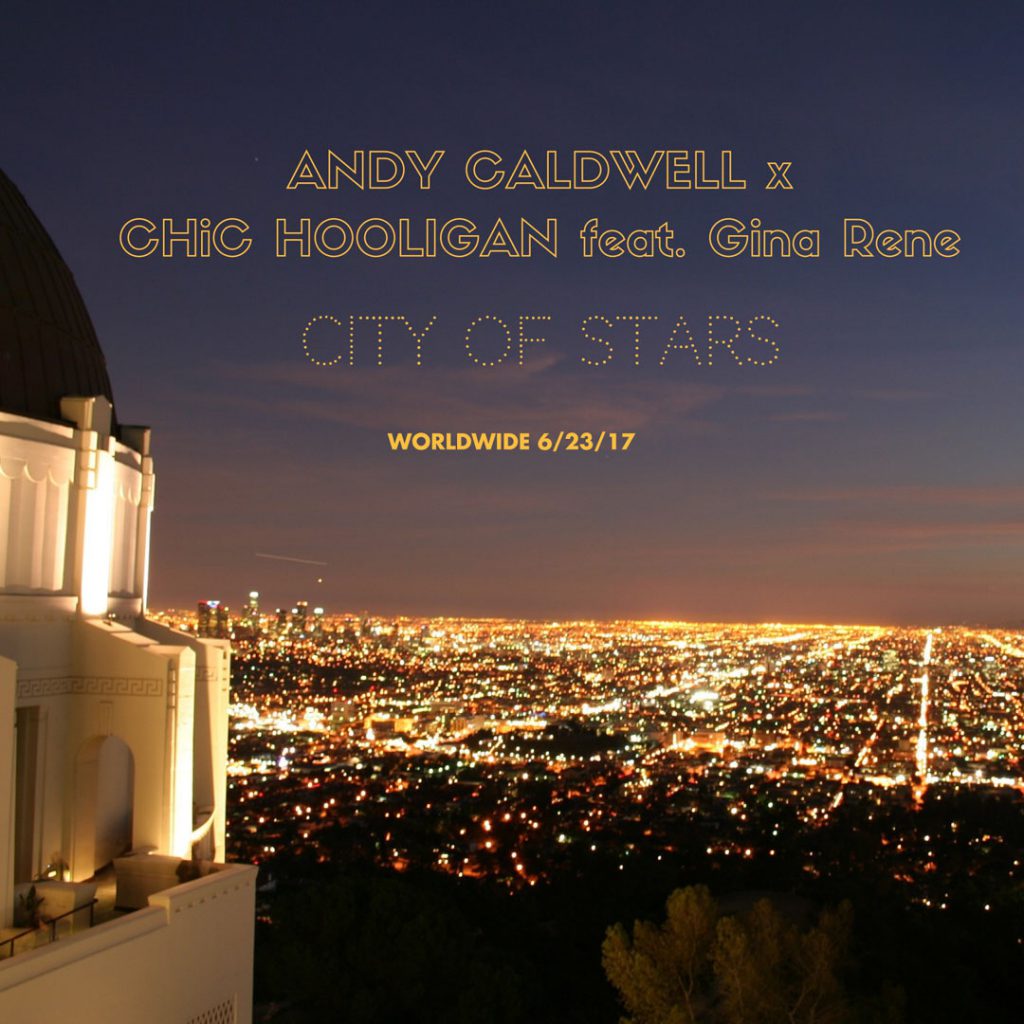 La La Land is the musical for people that don’t like musicals, filled with bittersweet romance, nostalgic L.A. moments and incredible music. “City of Stars” one of the film’s shining moments, is a song that stays with you long after you leave the theater.

As you hum the melody, its hopeful lyrics call out to all that are lost in the city of angels. Oscar-winning composer Justin Hurwitz has almost single-handedly reignited the world’s love of musicals with his infectious melodies and sentimental nods, and that called for a remix!

After seeing the film Andy Caldwell and Chic Hooligan decided that this musical gem needed a rework that might help bring the song to the world electronic music fans. Caldwell tapped the talents of his old band mate (Soulstice) Gina Rene for the vocal and out came a jazzy mid tempo rendition perfect for chill out sets and early evening dance floor vibes.