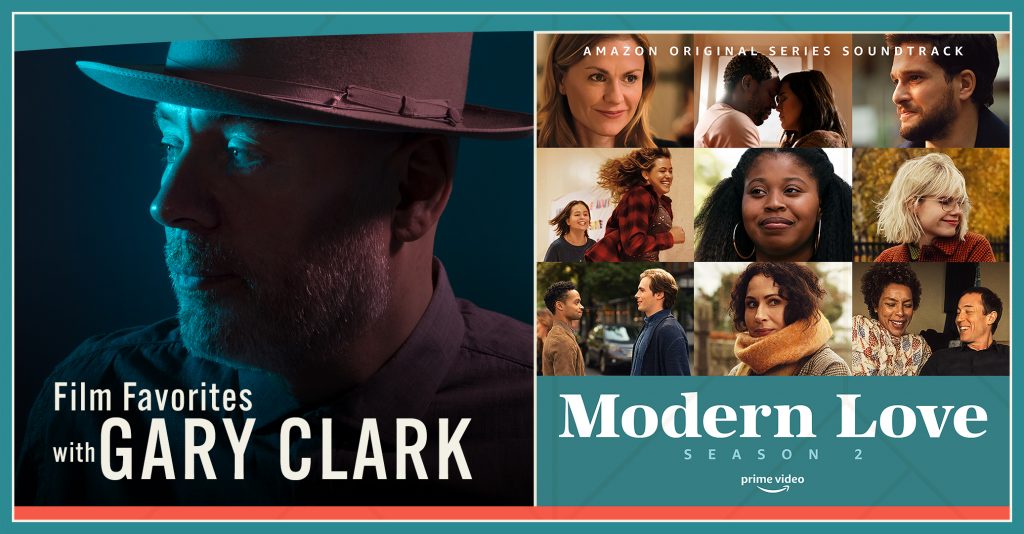 Modern Love composer, Gary Clark, kicks off our new series where we ask composers and musicians to share their favorite film scores and more.

Based on The New York Times column that explores relationships, love and human connection, the Emmy-nominated Modern Love series returns on Amazon Prime for a second season!

Gary Clark explores his favorite film scores and songs; from “Once Upon a Time in America” to the iconic “Stayin’ Alive” by The BeeGees, this versatile playlist checks all the right boxes!


“Not the first synthesizer score by any means, but the first I remember hearing in a cinema. I still recall how perfectly cold, modern, and street-wise it sounded.”


“Here’s one classic because I couldn’t leave Morricone out. Of all Morricone’s amazing scores, I chose this because the music is so damn moving and I’m a big sap. Also, who doesn’t love a pan flute?”


“Keislowski’s films landed at a time when I was spending far too many daylight hours in dark London cinemas watching dark European films. This score is the perfect rainy day music for perfect rainy day films.”


“This is one of those soundtracks that works really well as a late night album.  If Late Night Tales were ever foolish enough to ask me to do one of their chill-out compilations, ‘Grand Central’ from this would most likely open it.”


“Question: Is there a funkier opening sequence song in the history of cinema? (Hint: The answer is ‘No!’)”

“Frank Loesser is one of the greatest, funniest songwriters who ever lived; and therefore, the only human who could’ve captured the fast-talking Broadway world of Damon Runyon’s short stories in song. Genius, I tell you!”


“When theme songs were giant things of epic atmospheric wonder, this was the most epic, atmospheric, and wonderful theme of them all.”

“An instant classic. ‘Happy’ makes the universe a happier place. ‘Clap along if you feel like a room without a roof!'”

“I’m cheating slightly because this is from Modern Love show-runner John Carney’s gorgeous movie Once.  I care not a jot though, because it’s too beautiful to leave off of my list.”

Modern Love: Season 2 is now streaming on Amazon Prime Video and the official soundtrack is available wherever you listen to music!