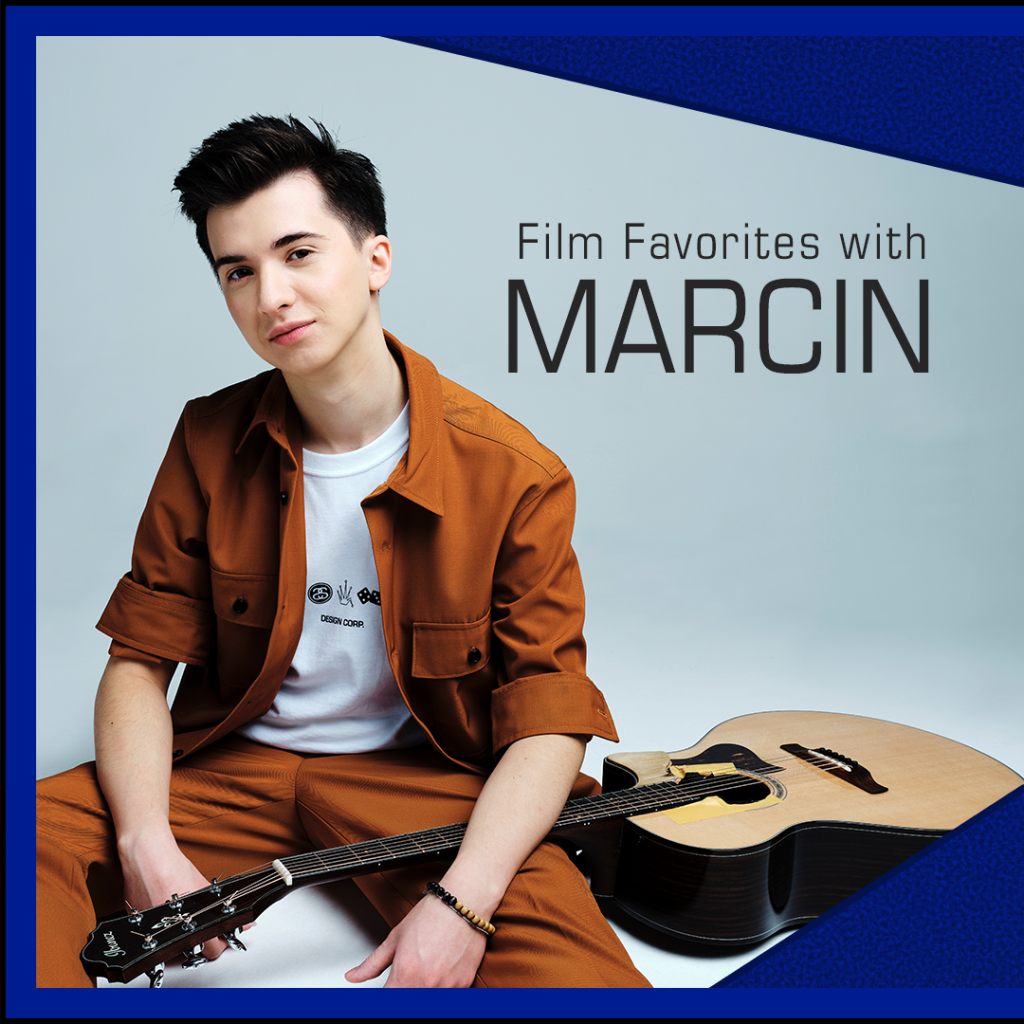 Marcin is a Polish guitarist, composer, and producer who is known for melding genres through combining fingerstyle and percussive guitar techniques with modern electronic and orchestral production. Read along as Marcin joins us to discuss his top picks for our Favorite Film series!

After wowing audiences and judges on America’s Got Talent with his guitar medley of Beethoven’s “5th Symphony” and System of a Down’s “Toxicity,” Marcin has seen his popularity grow tremendously worldwide, amassing over 1.5 million followers on both Tiktok and Instagram. His videos have been posted and discussed by notable publications such as Rolling Stone, Metal Hammer, Classic FM, Guitar World and Billboard after his rendition of Led Zeppelin’s “Kashmir” almost broke the internet surpassing four million views.

Marcin has released two singles: “Moonlight Sonata,”  and “Snow Monkey” and is set to release a new single and music video titled “Toccata” on February 11!

From Pulp Fiction, The Godfather, to Juno and more, follow along to explore Marcin’s eclectic picks!


“High-school melancholy
is all I live for.”


“The definition of cool.”

“When people talk about Hans Zimmer they mention Interstellar, Inception, The Dark Knight, etc. but Kung Fu Panda is where it’s really at.”