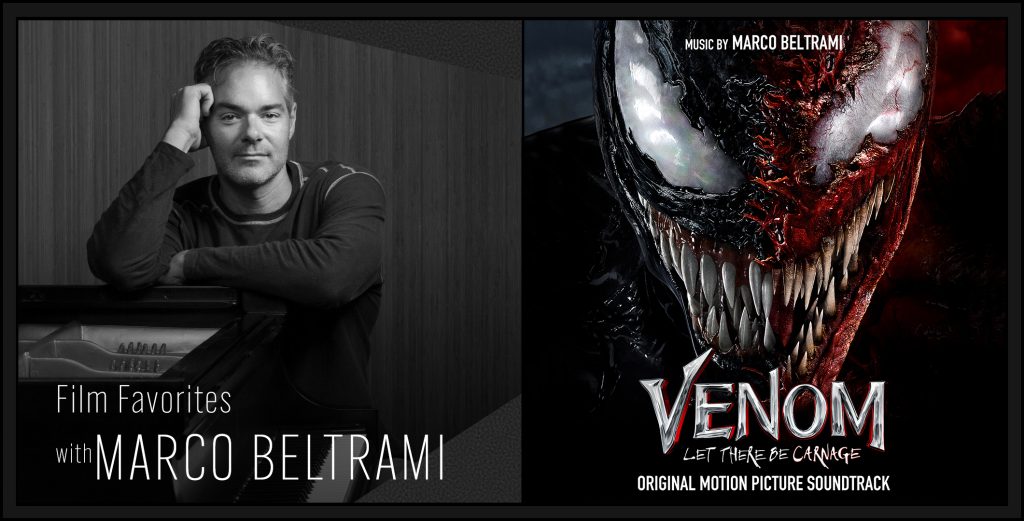 For this week’s Film Favorites Series, award-winning composer Marco Beltrami (Venom: Let There Be Carnage, Fear Street, Chaos Walking, A Quiet Place) joins us to discuss his all-time favorite film scores, one of which was even played at his wedding!

Marco Beltrami is known for the horror films he has scored. In fact, he got his start scoring the iconic Scream films. “Venom: Let There Be Carnage was the kind of job that reminds you why you do what you do.” – Beltrami

Venom: Let There Be Carnage smashes box office pandemic records with an opening $90.1 million in the first week.

Read along as Marco explores his favorite film scores and influences throughout his career.

“Takemitsu was one of the great 20th century composers who also happened to compose film scores. In this score, even though there is very little music, he uses all the sonorities of his chamber ensemble to embody the wind and its devastating psychological effect on the woman. It’s not a melody score but a textural one and it’s amazing how these sounds can be so emotionally effective.”

“I have loved this score since I was little when I first heard the main waltz from the score. In fact, we played the score at my wedding! Rota was an amazing melodist and I think of him on every score I do.”

“Probably the most influential film and film score I have heard. Another great melodist (Italian again) but on a deeper level. The way Morricone used non-orchestral, non-traditional sounds as part of the film score was amazing to me. This too, I try to incorporate into everything I do.”

“Herrmann’s score holds up not just as a great film score but as a great piece of music; the constantly changing meters, use of switching orchestral groups, and dynamic shape. Again, this has been so influential to me and so much of modern film scoring. In fact, I believe Philip Glass’s Koyanisquatsi has a lot in common with this score.”

“It’s hard to pick the best Goldsmith score but this one I love because he incorporated so much of the experimental late ’60s into his music. With the extended instrumental techniques, percussion, and odd meters, he made everything coherent. He would stress to me when I studied with him ‘as simple as possible for the desired outcome.’  Economical as always, ‘the tree comes from the acorn.'”

Listen to Marco’s latest score for Venom: Let There Be Carnage