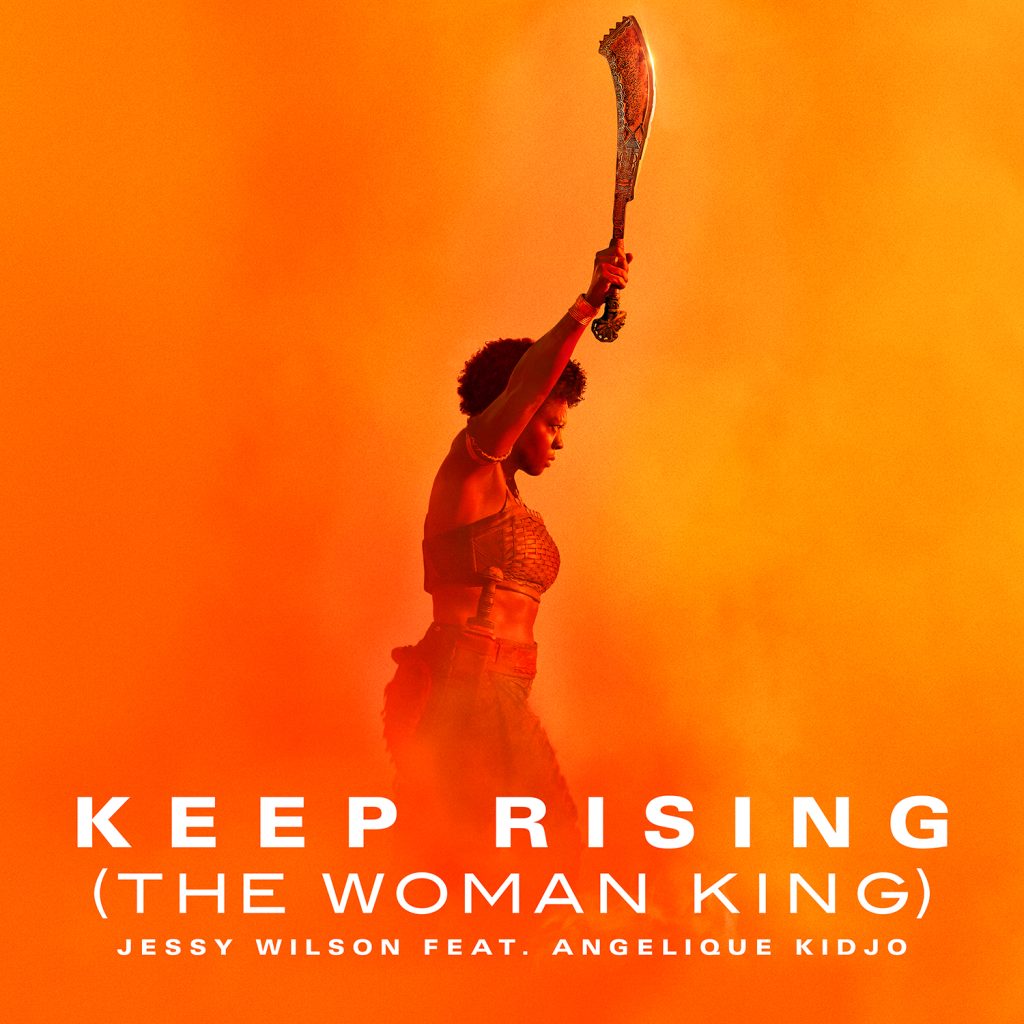 “Keep Rising” was written by singer-songwriter Jessy Wilson alongside Jeremy Lutito as the end credits theme to TriStar Pictures’ upcoming action drama, which is the remarkable story of the Agojie, the all-female unit of warriors who protected the African Kingdom of Dahomey in the 1800s with skills and fierceness unlike anything the world has ever seen.

Recorded as a duet between Wilson and “Africa’s premiere diva” Angélique Kidjo, who compliments Wilson’s soulful vocals with her traditional African melodies, “Keep Rising” is a powerfully inspiring and uplifting song that captures the bravery and spirit of the onscreen warriors.

Of the track, The Woman King director Gina Prince-Bythewood says, “An end title song is so important because you are curating the emotional end for your audience as they leave the theater. Jessy and Angélique have given us an incredible song that gets me incredibly hyped and inspired. Our film is a period piece, and ‘Keep Rising’ lyrically and sonically gives us an incredible bridge to the present. It is also a beautiful meld of cultures, most notably the culture of Benin where our incredible warriors are from. It is the perfect last flourish for The Woman King.”

“Keep Rising” songwriter and vocalist Jessy Wilson adds, “This film, its director, the actors, and this story are paramount not only to African history, but to American and world history as a whole. I am beaming with pride to be a part of it,” and featured vocalist Angélique Kidjo concludes, “I’m excited to be bringing the spirit and the energy of the Agojie warriors to this inspiring song.”

Today’s release is the first taste of music from the film, which features an original score by two-time Oscar® nominee and six-time GRAMMY Award®-winning trumpeter and composer Terence Blanchard.

Making its debut this weekend at the Toronto International Film Festival, The Woman King will be released in theaters Friday, September 16 from Sony Pictures/TriStar Pictures.