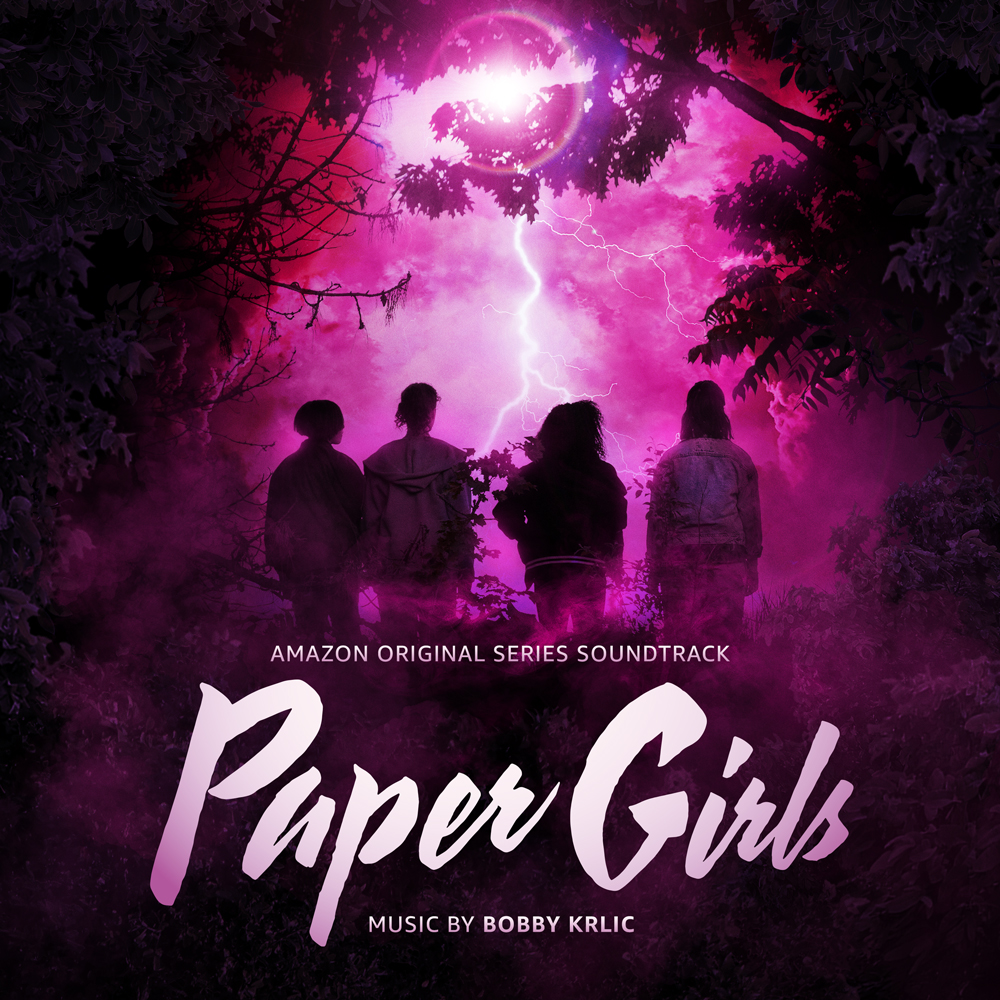 We’re thrilled to share Bobby Krlic‘s lead single from the highly anticipated Prime Video series Paper Girls – out today ahead of next week’s soundtrack release An intriguing first preview of the show’s dark, electronic soundscape, “KJ’s Discovery” is a suspense-filled cue punctuated by frenetic percussion and warped, industrial synths. Krlic’s score taps into the mysterious time-traveling adventure at the heart of the story, which Amazon Studios adapted from the popular series of graphic novels written by Brian K. Vaughan and illustrated by Cliff Chiang

Of the soundtrack, composer BOBBY KRLIC says, “The world of Paper Girls is something I’ve wanted to explore musically for a long time. It was such a pleasure to have something so rich and nuanced to work to and be inspired by. I wanted to encapsulate the spirit of youth, not only in its boundless energy, but the naivety, trepidation and exploration that comes with the transitory period of childhood. The show and the performances encapsulate that beautifully, and it’s my hope that the music will do the same.”

Available to pre-order now, the Paper Girls(Amazon Original Series Soundtrack) is the latest in multi-instrumentalist, composer and producer Bobby Krlic’s extensive resume, which includes both critically-acclaimed, award-winning film, television and gaming scores as well as a successful career releasing music as The Haxan Cloak and working alongside artists like Björk, Father John Misty, Khalid, Troye Sivan and more.

Listen to “KJ’s Discovery” and pre-order the album ahead of next week’s soundtrack release and watch Paper Girls on Prime Video debuting Friday, July 29.