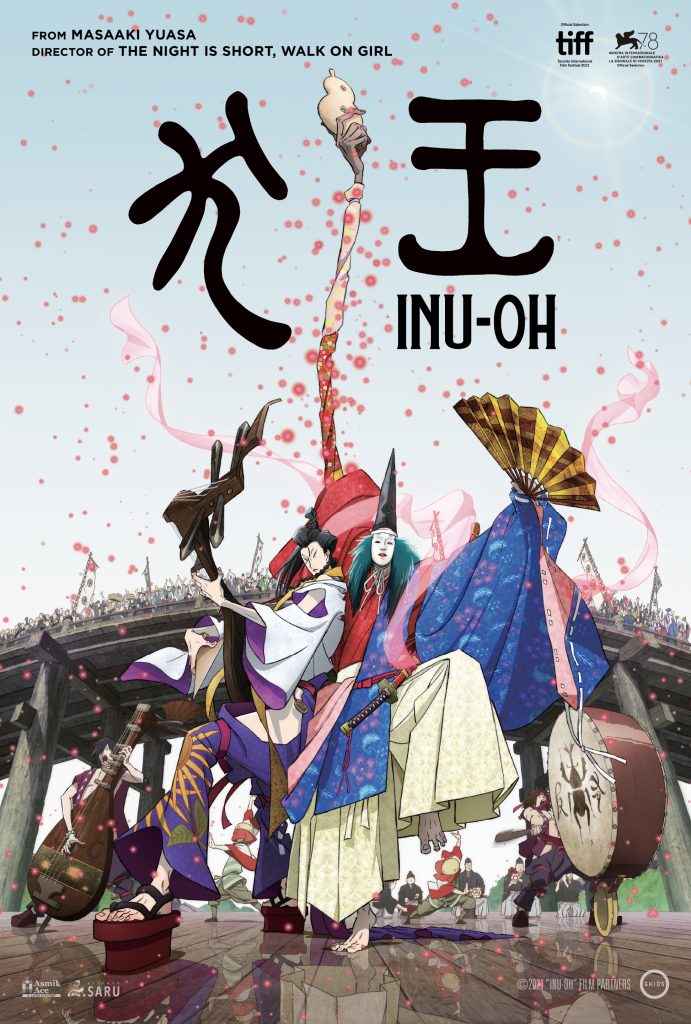 From visionary director Masaaki Yuasa (Devilman Crybaby, The Night is Short Walk On Girl, Mind Game), hailed by IndieWire as “one of the most creatively unbridled minds in all of modern animation,” comes a revisionist rock opera about a 14th-century superstar whose dance moves take Japan by storm. Originally making its debut at the 2021 Venice Film Festival and released in Japan earlier this summer to great acclaim, INU-OH arrives in the U.S. for the first time this Friday, with a theatrical opening on Friday, August 12th.

Following GKIDS’ East Coast & West Coast premiere events that will be held at Japan Society in New York City and the American Cinematheque in Los Angeles this Friday, INU-OH will make it’s debut in U.S. theaters on Friday, August 12. Get tickets here.