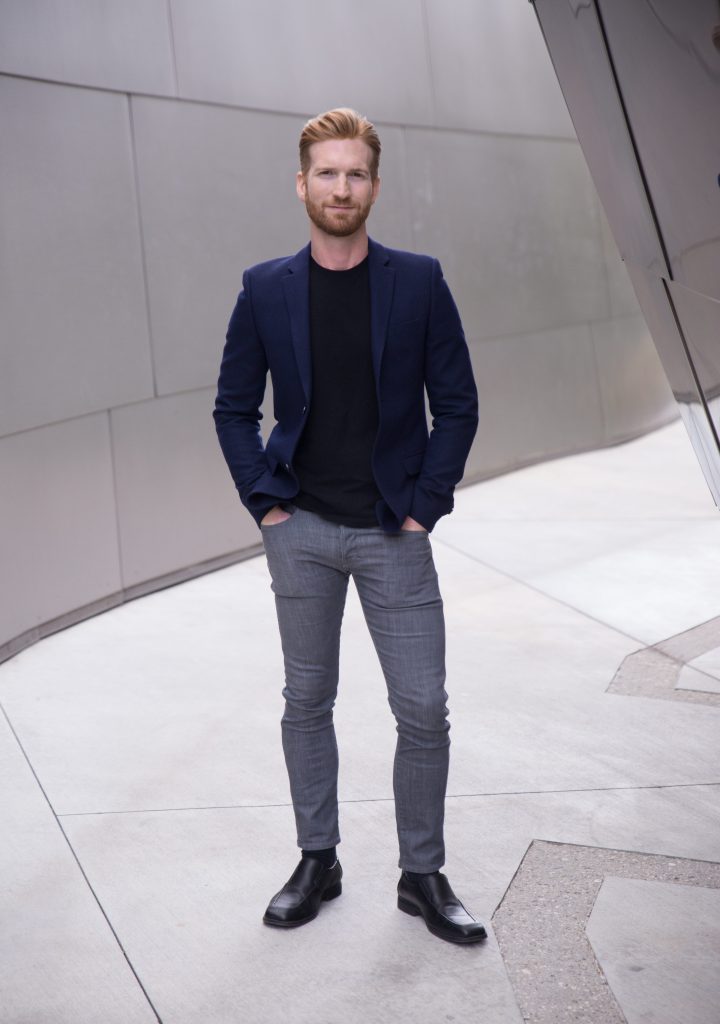 We sat down with composer Evan Wise to discuss his debut score to the animated feature Ratchet & Clank.

My musical formation started out with me taking piano lessons as a teenager and deciding to pursue music in a university. I was lucky enough to find teachers that would cultivate my desire to study piano, symphonic orchestration, composition, and conducting as those were the foundations I would need to pursue a career as a symphonic composer. I also have a deep love for film and film music, so while I was in college I decided to pursue a career as a film composer.

How were you contacted to score this picture?

I was contacted to score Ratchet and Clank while I was working as a staff composer for a publisher that is contracted to write music for television in Los Angeles. They were pursuing higher profile projects such as film and I was brought in for those upcoming projects based on my expertise and experience with film scoring and orchestral composition. Once this film was assigned to the publisher I completed a demo for the producers and was hired to be the composer for the film.

How did the collaboration with the directors go? A few words on the creative process…

The collaboration with director Kevin Munroe and I couldn’t have gone smoother. We were in constant communication with one another in shaping scenes musically and making sure the action and emotional climaxes were all being served by the score. The project did have its complications, as they all do, so it was refreshing that the partnership Kevin and I had went well.

The Ratchet and Clank movie is a sci-fi action adventure family animated film so the creative direction for the music was to establish the film within that genre and go with an orchestral approach. I don’t think the score could have been written using any other genre given the sci-fi nature and traditional cartoon sense of comedy. I did look at the past music used for the games but wanted to start fresh and create new themes for the characters and reset the music as the story was being retold from the origin. I believe what we ended up with was a Star Wars/Looney Tunes score but within the scope of my orchestral sensibilities and personal style.

The Recording was an interesting process. As an orchestral composer working in film you hope to get every piece of the orchestra in the room and record all together, but due to multiple constraints that was sadly not possible for this film. I was under the impression that Ratchet and Clank would receive the orchestral recording it deserved but at the last minute I realized that was not going to take place. On behalf of the creative artists and the fans of the series I fought extremely hard to get a proper recording to occur and would have funded it myself if I could have, but alas it didn’t happen. However, I was able to apply some strategic workarounds to get the most impact out of the score and I am very happy with the mix and quality of writing and orchestration. While a score recording didn’t end up the way we hoped I wouldn’t call the final results “synthetic.” I do have hope that we will hear this score in some capacity with a full orchestra at some point. Maybe in a live concert setting…? ·

To me, the role music plays in a film is very simple. It should aid the best it can in telling the story or accentuating a character. Sometimes film will require the music to be almost unnoticeable, but you would notice if it wasn’t there. Other times music will need to be a character in the film. It will need to stand out and be noticed and memorable. There are many different roles music plays in film beyond these examples but the goal is to identify the music’s purpose and execute it within the scope of the film and to make the film be the best it can be.