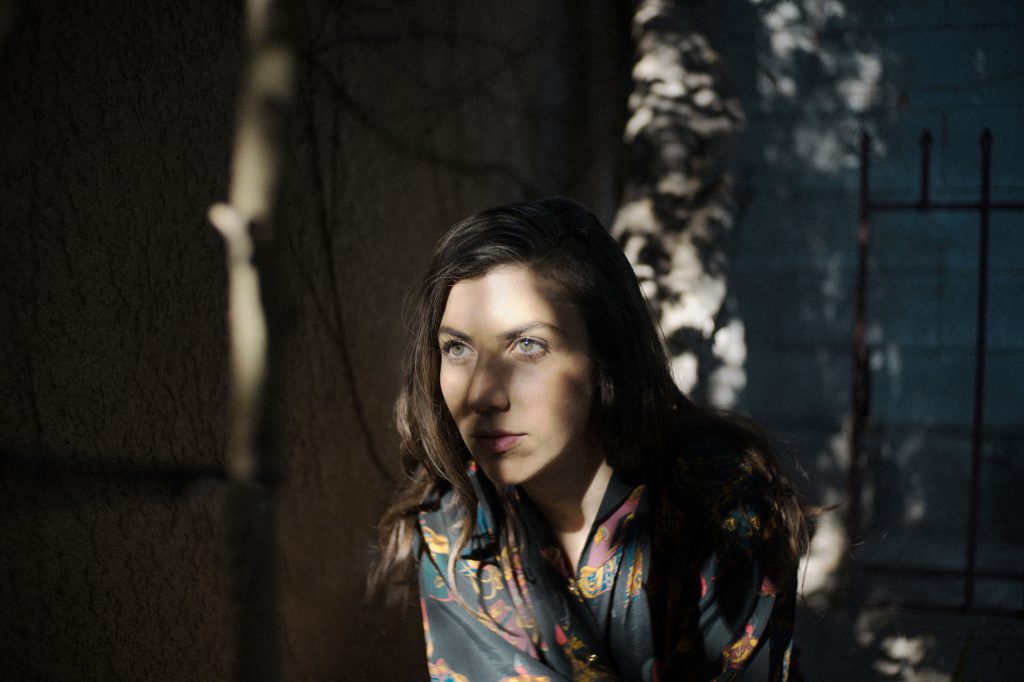 Bleed For This hits theaters today. The inspiring boxing tale was scored by LA-artist, Julia Holter. Julia took the time to answer some of our questions regarding her first score to a Hollywood film.

What is your musical formation? What led you to film music?

I frequently like to make music that has an “atmosphere”- kind of a 3dimensional feeling. like it is in a particular time and place, maybe. I think it makes sense that my music might lend itself to a visual world for that reason, whether it entails in of itself some kind of a “visual experience”, or it actually accompanies visuals.

How were you contacted to score Bleed for This?

Ben Younger, the director, was the main one involved in reaching out to me. The music supervisor Sue Jacobs contacted me via email, and I was asked to submit some sample music so they could consider me.

How did the collaboration with Ben Younger go? A few words on the creative process…

He was pretty easy to work with, because, for some reason, he trusted me (I had scored a film before, but not quite at this level). I came up with certain “themes” for the main character and those are what I worked with throughout the writing process, so there would be continuity and some kind of overall feeling. And usually what I came up with Ben was into, magically, and if not, then he was very blunt and I knew he wasn’t into it and I never took it personally. That was what was fun about it, is it wasn’t just my own music, and I didn’t have to take anything personally or beat myself about anything– it was a collaboration in which I’m really following someone else’s vision, and it was fun to follow along and use my skills for some other purpose like that.

Raw yet ethereal bluesy minimal music. something that simply underlines emotions and that’s it, nothing distracting or bombastic.

Great, the instrumental parts were recorded at Chris Votek’s (a frequent collaborator of mine) studio in Echo Park. He also played cello, and we also had Andrew Tholl on violin, Devin Hoff on bass, and Ben Wendel on saxophone. All friends and great musicians. I recorded the piano parts at home

I think it depends on the film, and I think there are probably theorists that would say something more profound, but I guess the general understanding is that it is there to be “invisible”–to enhance your experience of watching the film but not make you think too much about why.