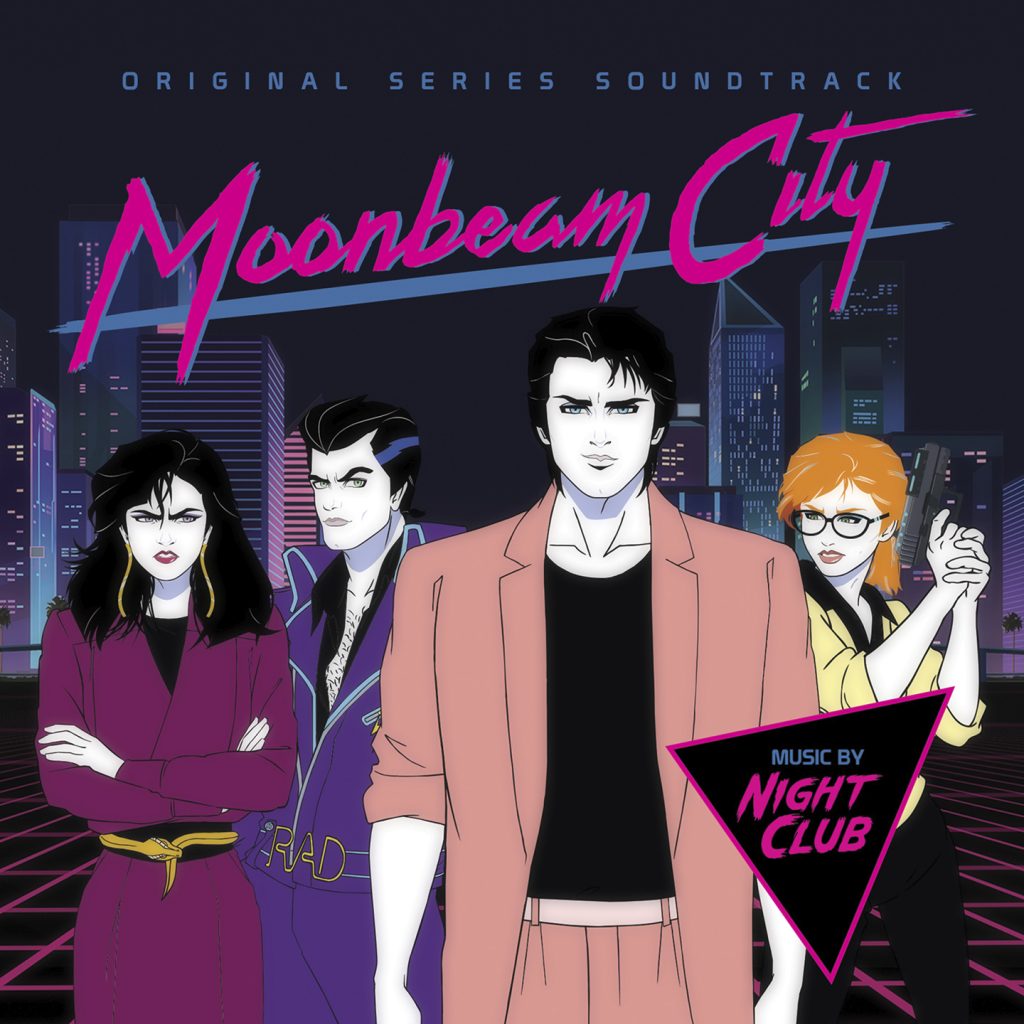 What were your influences for the soundtrack?

We were influenced by so many different genres and artists when we composed the soundtrack for Moonbeam City. It’s one part John Carpenter, one part Vangelis, mixed with tons of early 80’s synthpop, and topped with a pinch of sheer stupidity. A lot of times Scott Gairdner, the creator of Moonbeam City, would give us a music “assignment” where we would have to deconstruct anything from Toto to rockabilly to Sly and the Family Stone and write our own take on that genre.

When writing the music, how important were the character roles and the actors who voice them?

When we wrote themes for each character, we made cues to fit each of their unique personas. For Pizzaz, we wrote a film noir type cue. For Rad, we originally wrote a cue for a villan but ultimately had to write music that became pathetic and sad. At the end of the day though, 93% of our job is to make music for Dazzle to have sex to.

What was some of your favorite music from the 80’s?

We love dark 80’s synth pop artists like Depeche Mode, Gary Numan and Ultravox but are also huge Madonna and Prince fans. We pretty much enjoy any infectious pop music. We also love the modern synth movement and 80’s inspired musicians like Kavinsky and Daft Punk.

What’s it like to write and score music for an animated show?

One word: awesome. More words: challenging, hilarious, frustrating, and rewarding. Writing for an animated comedy ends up having 2-3 times the amount of musical cues as it’s so fast paced and dense and switches moods quicker than live action. Also since it’s animated, the music can set a tone for an imaginary world with different textures and sounds. To sum it up, this has been an absolute dream job.

Who do you think this soundtrack will appeal to?

The Moonbeam City soundtrack will appeal to fans of 80’s synth pop, mainstream pop, John Carpenter, cheesy post-apocalyptic-horror-comedies and fans of synthwave, darkwave, vaporwave, or whatever they’re calling it next week. And hopefully you!