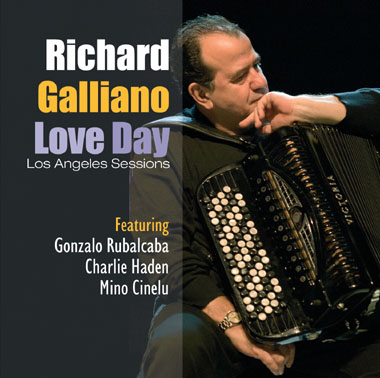 “Love Day embraces the ever-present feeling of Love for music and for the people who matter to me and accompany me in life…day after day.” – Richard Galliano
With Love Day, Richard Galliano, the most prominent French jazz musician of today, continues his journey of human and musical encounters. Recorded in April 2008 at the legendary Capitol Studios in Los Angeles, Galliano, who is dedicated to mixing jazz with accordion sounds, is joined by artists that he has met during his numerous musical trips: Charlie Haden (double bass), Gonzalo Rubalcaba (piano), and Mino Cinelu (former drummer for Miles Davis). The collaboration of these exceptionally gifted musicians makes for a priceless album: Love Day.

The album starts with the birth of a day or of a human being, simple words (“Bonjour”), the sounds of life, of birds, of festivities, serene and religious meditation that precedes the twilight of a day or a life.

Sound engineer, Charlie Paakkari, who has been with Capitol Studios for 26 years, captured the spirit of the album. Ron MC Master mastered the album. Throughout his career, he has worked on albums for The Beach Boys, Miles Davis, and the mythical “Blue Train” for John Coltrane. 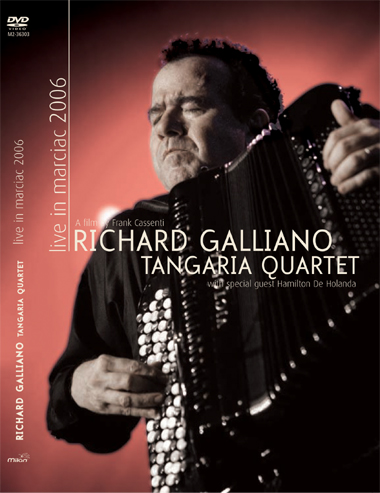