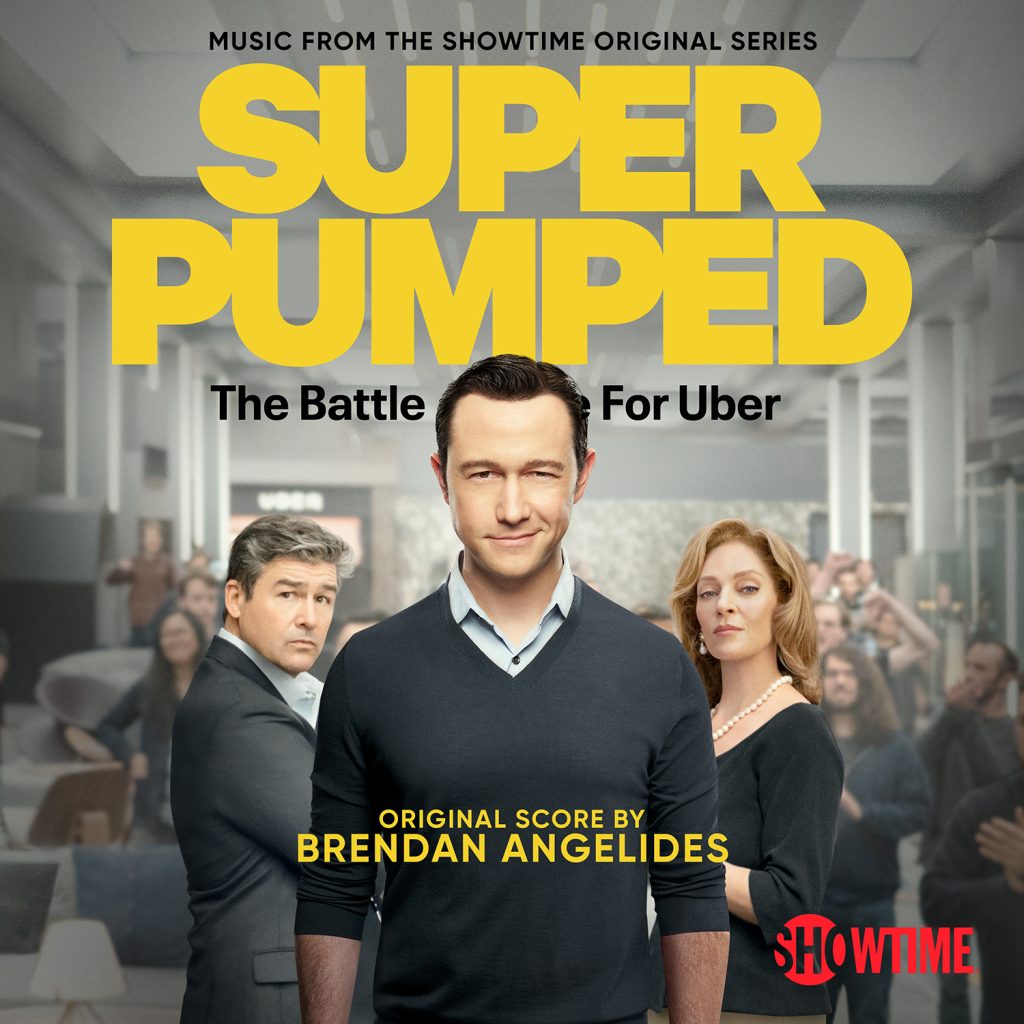 Based on the New York Times best-selling novel of the same name, Super Pumped: The Battle for Uber details the dramatic story of building the Silicon Valley ride-sharing startup.

The shows details the early days of Uber and tells the tale from perspective of Travis Kalanick who is ultimately outsted in a boardroom coup after tense internal and external battles.

Of the soundtrack, composer BRENDAN ANGELIDES says, “The rise and fall of Travis Kalanick is a modern day tragedy (in the classic sense). By recording percussion with car parts along with electronics, I wanted to combine a sense of tightly-wound manic tension with a perpetual chaos that a character like him creates.”