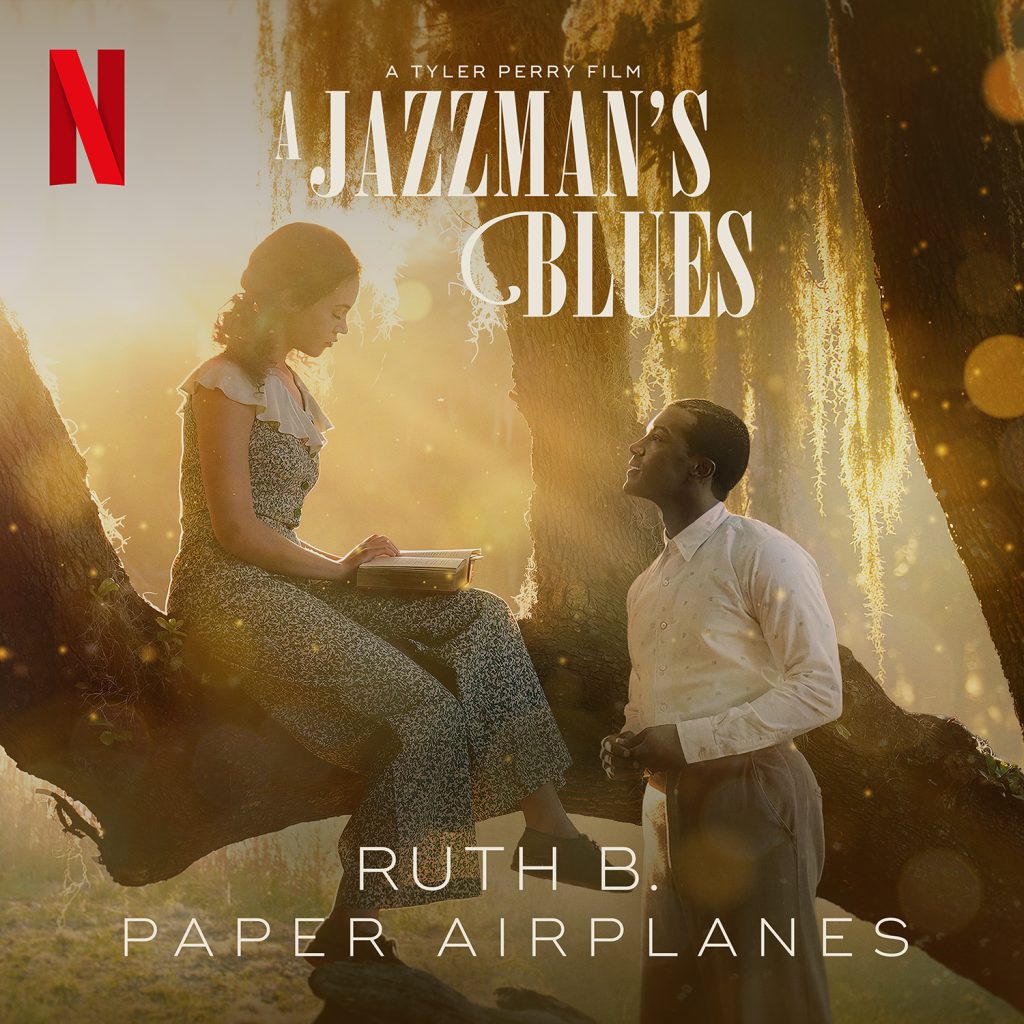 The “Dandelions” and “Lost Boy” singer-songwriter Ruth B. debuts her new track “Paper Airplanes” that’s featured in the upcoming Netflix film A Jazzman’s Blues. This romantic ballad features a chorus of strings and piano composed by Ruth B. and multi-GRAMMY Award®-winning musician Terence Blanchard.

Written, directed and produced by Tyler Perry, A Jazzman’s Blues unspools forty years of secrets and lies soundtracked by juke joint blues in the deep South.

Of the track, RUTH B. says, “After having initial discussions and going over the script with Tyler Perry’s team, I knew what Bayou’s and Leanne’s song needed to be – a song of longing and deep, timeless love, a once-in-a-lifetime love. I am endlessly thankful to Tyler Perry for trusting me with this song and giving me the opportunity to write my first original song for a major motion picture. A Jazzman’s Blues is an absolutely beautiful and classic story filled with depth and truth, and I’m so excited for the world to see.”

“I was overjoyed to work with Ruth B. who wrote and performed our song ‘Paper Airplanes,’” adds director TYLER PERRY. “This was a song we wanted to be an instant classic that would sound at home in 1947 as well as today. A great song is an extension of dialogue and ‘Paper Airplanes’ is exactly that. It speaks of heartbreak and the longing of love that spans distance, time, and tragedy. Ruth B. brought all of that to this magnificent song.”

A story of star-crossed lovers in the deep South, A Jazzman’s Blues debuts on Netflix Friday, September 23.