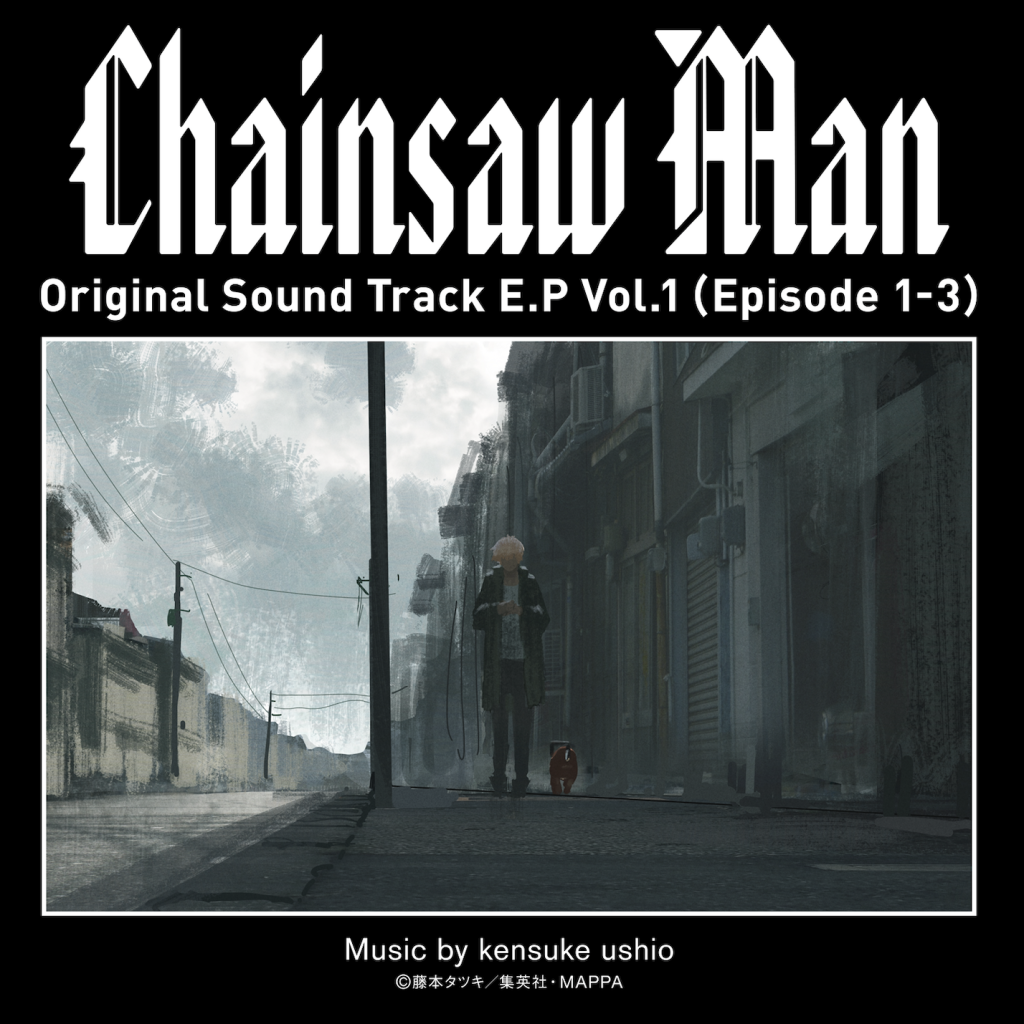 Electronic composer and musician Kensuke Ushio has released eleven new tracks from his score to one of this year’s biggest new anime series, Chainsaw Man — currently streaming on Crunchyroll. The Chainsaw Man Soundtrack Vol. 1 album features music written by Ushio for the series’ first three episodes, and is the first of three volumes to be released while the series airs.

Of the soundtrack, composerKensuke Ushio says, “When I first read the original Chainsaw Man, I thought, ‘what a mess!,’ and I created the music based on that initial concept. I chopped, stretched, and distorted the finished music, carefully butchering it as if I were grinding the music down – because he is a chainsaw man! This album is the result of that work – messed up chainsaw beats that were created based on that initial impulse. I hope you enjoy it.”

With additional soundtracks arriving Wednesday, November 23 and Wednesday, December 28, Ushio brings with him to the project an expansive and eclectic resume of solo electronic music released under the moniker “agraph” as well as scores to Devilman Crybaby, Japan Sinks, Ping Pong the Animation, A Silent Voice and many other anime titles.

New episodes of Chainsaw Man will air weekly on Crunchyroll Tuesday at 12 PM EST following each episode’s debut in Japan.