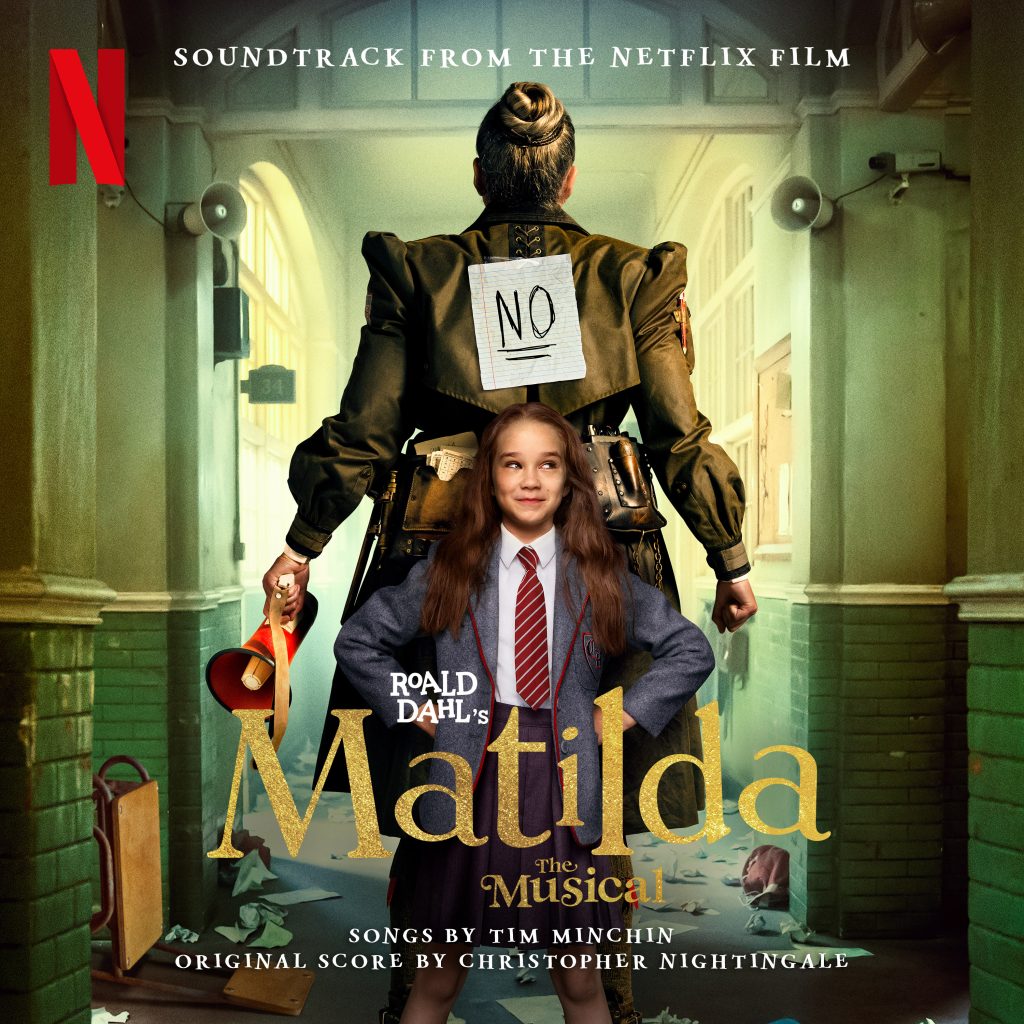 “Revolting Children,” a rousing ensemble number, arrives as the lead single to the full soundtrack, which features GRAMMY® and Tony® Award-nominated songs from the original West End production written by Tim Minchin as performed by the film’s cast, as well as an original score by composer and orchestrator Christopher Nightingale.

Available for preorder now, the full soundtrack will be released digitally on November 18 and on CD December 9. Included within the album’s 22 tracks are 12 vocal songs written by Tim Minchin and newly-recorded by the film’s talented cast. With vocals by Academy Award® winner Emma Thompson, Lashana Lynch, Andrea Riseborough and Stephen Graham, as well as newcomer Alisha Weir as Matilda, the album features some of the original musical’s favorite numbers like “Naughty,” “School Song,” “When I Grow Up” and more. In addition to the album’s vocal songs, the soundtrack also includes 10 instrumental score pieces by Christopher Nightingale.

Of the new original song, composer TIM MINCHIN says, “There came a moment when the filmmakers told me they thought the film needed a new song. I was a bit skeptical about it initially, as I view the original musical as a complete work, but when I read the latest draft of the script, I realized that they were absolutely right and the film really called for an ending number. It needed to be wrapped up in some way, for all the musical and thematic threads to be tied up in a nice bow. Which is how ‘Still Holding My Hand’ came to be. And now that I’ve seen how the song functions in the film, I’m so very glad I had the opportunity to write it.”

Roald Dahl’s Matilda the Musical will be released in theatres in the U.K. and Ireland on November 25 and on Netflix in the US on Christmas Day.