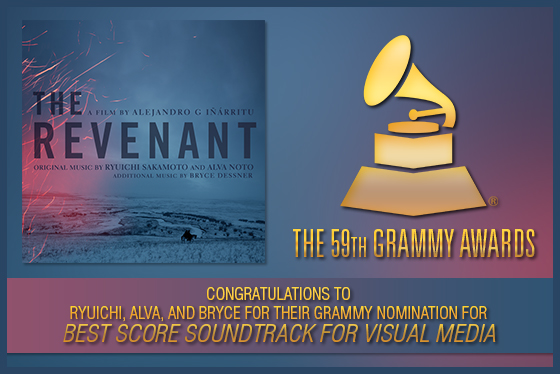 We are thrilled to announce that the acclaimed score to Alejandro G Inarritu‘s The Revenant has been nominated for a Grammy in the Best Score Soundtrack For Visual Media category! Congratulations to Ryuichi Sakamoto, Alva Noto and Bryce Dessner for their beautiful compositions.

The 59th Annual Grammy Awards ceremony will be held on February 12, 2017. The CBS network will broadcast the show live from the Staples Center in Los Angeles.